Do Muslims in the UK have to follow Saudi Arabia for Eid al Adha? A set of resources 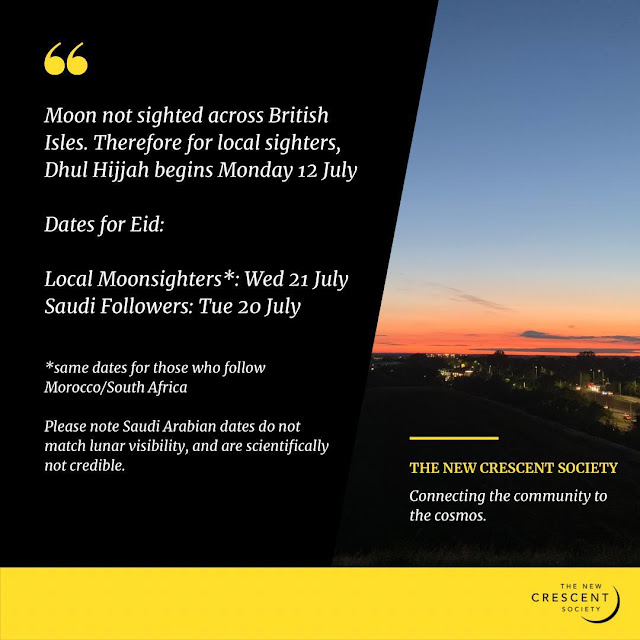 Imad Ahmed 11 July 2021 / 30 Dhul Qaidah 1442 Unfortunately, we've found ourselves in the same situation again! Muslims in the UK will be celebrating Eid, and fasting for Arafah in the UK, on different dates. This is particularly painful on the day of Arafah, where some Muslims will actually be celebrating Eid, and other Muslims will be fasting! At this time of the year we often get the question: Do Muslims in the UK have to follow Saudi Arabia for Eid al Adha?   The short answer is 'no, you are not obliged  to follow Saudi. Quite the opposite'.  We have prepared some resources which answer the question, below.  But first - what are the dates for Eid al Adha 2021 / 1442? Dates according to Local Moonsighting Eid: Wednesday 21 July / 10 Dhul Hijjah 1442 Fast of Arafat: Tuesday 20 July  / 9 Dhul Hijjah 1442 Saudi-following mosques will be doing all of the above one day earlier. This is because of a glitch in the 'mixed'  Saudi calendar system, leading to a scientific
4 comments
Read more

Saudi Arabia Moonsightig for Dhul Hijjah 2021 / 1442: Are Saudi Looking on the Wrong Date? 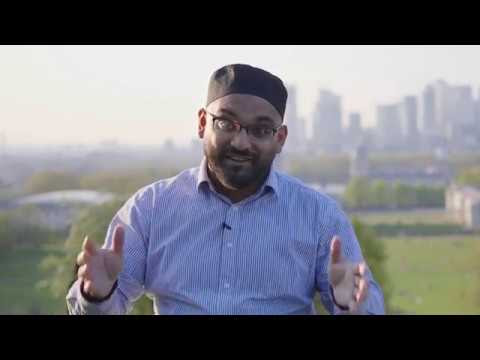 Imad Ahmed Thursday 8 July 2021 27 Dhul Qaidah 1442 A GLITCH IN THE SAUDI MOONSIGHTING SYSTEM? Saudi Arabia have instructed their moonsighters to search for the moon in the horizons on Friday 9 July, tomorrow, which is undeniably scientifically the WRONG date, and a date too early. You can read about this in their press release, here , in English, and here , in Arabic . "Riyadh, July 07, 2021, SPA -- The Supreme Court has called on all Muslims throughout the Kingdom of Saudi Arabia to sight the crescent of the month of Dhu Al-Hijjah on Friday Evening, Dhu-AlQa'dah 29, 1442 AH, corresponding to 9 July 2021." This is a day too early, scientifically! WHY DID THEY START A DAY TOO EARLY? This is one of the problems of having a MIXED calendar system, which switches between the fixed Umm al Qura calendar 8 months of a year, to moonsigthing 4 months of a year. Saudi Arabia started the month a day too early, as they began it according to the Umm al Qura calendar, which does not co
2 comments
Read more

'You Can Get it if You Really Want': Proof That a UK Islamic Calendar is Possible [Shortened Version]

by Imad Ahmed 18 April 2021 / 5 Ramadan 1442 The future of the Islamic calendar in the UK, insha allah... Summary This blog will be presented in two versions.  Version 1:  Will be a shortened summary, offering data proving viability of UK Islamic Calendar [this article] Version 2 :  Will be a longer version, offering a full background to the Islamic Calendar in the UK, and further analysis/notes about the data, particularly around our experience of using HMNAO visibility codes In both articles, we make the same case, which can be summarised as follows: In the past: Local Islamic Calendar not Possible in the UK We did not have enough moonsighters in the country to have a functional Islamic calendar. Therefore mosques in the UK outsourced their Islamic calendar abroad - Saudi, Morocco, South Africa, or other countries.  This is the root cause of why we have 'moon wars', and differing dates for the calendar, Ramadan and Eid. Now: Local Islamic Calendar possible in the UK For the l
1 comment
Read more

‘I Can See Clearly Now, the Rain Has Gone’: Proof That a UK Moonsighting Based Calendar is Possible [Longer Version] 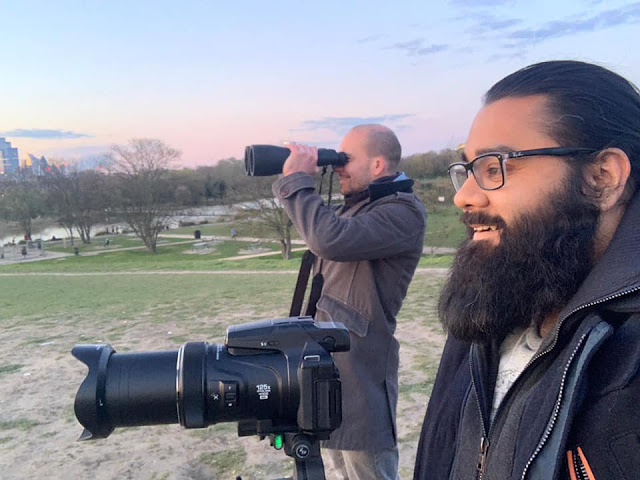 by Imad Ahmed 17 April 2021 / 4 Ramadan 1442 Summary NB: This is a longer, more detailed version of this post - offering more background, details and analysis.  * Alhamdulillah, we feel blessed to write this article in the month of Ramadan, hoping it can contribute seriously towards a united Islamic Calendar in the UK. In this article, we will show you our collected moonsighting data since the beginning of 1439 AH (September 2017). We show that: a perfectly functional Islamic Calendar based on physical naked-eye moonsighting is  proven to be possible in the UK.  The data demonstrates this for the last 3 years and 9 months - almost four years now! This has never been the case before. Alhamdulllah, this has been made possible due to your huge efforts in sighting the moon, month on month. New Crescent Society salute you, and special thanks to moonsighting organisations around the country like ICOUK and others with whom we collectively build this data.  May Allah bless you for your effor
Post a Comment
Read more

Whose Shaban is it Anyway? Saudi Arabia Once Again Causes Confusion for Shaban Start Date 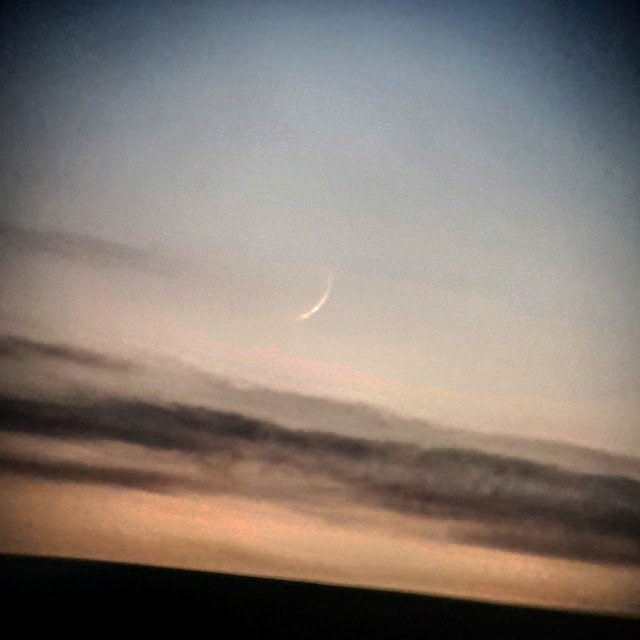 When is 15 Shaban 1442 / 2021? By Imad Ahmed The night of the 15 Shaban is considered a holy night for many Muslims. Known variously as Laylat al Baraa, Ruwa, Shabe Berat, and Nisf Shaban, it is a date that holds significance across the Muslim world.  As such, we have been frequently been receiving this question: QUESTION : When is 15 Shaban 1442 / 2021? SHORT ANSWER :  If you follow local / visibility calendars:  The evening* of Sunday 28 March, and the day of Monday 29 March. *(NB: Please remember, Islamic calendar dates start in the evening after sunset / maghrib.) If you follow Saudi : Conflicting reports. No one seems to be sure. Possibly the same date as above, possibly one day day earlier. Saudi-following mosques in the UK are themselves split. Please see below for explanation. Moon for Shaban, seen in Teesside Moon for Shaban, seen in Dundee. EXPLANATION : Moonsighters: Sunnah and Simple For those who follow moonsighting, the answer is quite straightforward.  Based on moonsig
1 comment
Read more
More posts